This summer—alongside concerns spanning from scorching temperatures and travel delays, to inflation and an unpredictable stock market—regulators continued to scrutinize drug prices and brainstorm various ways to combat them. However, despite the complex system and wide array of entities that make up the US pharmaceutical supply chain, regulators continued to try tackling the issue of high drug costs by directing their ire at one of two entities: pharmaceutical manufacturers or PBMs. Pharmaceutical manufacturers are squarely in the crosshairs of the Inflation Reduction Act (IRA), which was signed into law on August 16, 2022, and among other things, gives Medicare the authority to negotiate prices of certain drugs directly with manufacturers, and requires manufacturers to pay Medicare an “inflation rebate” if the prices for certain drugs rise faster than inflation.

There has not been a comparable singular measure aimed at PBMs. Instead, PBMs are currently subject to a barrage of federal and state legislation, regulation, and litigation, aimed at curbing a wide-range of PBM activities. From May through August alone, nine states introduced or passed legislation that includes new or more restrictive regulations on PBMs aimed at (1) increasing pharmacy price transparency, (2) regulating pharmacy reimbursement amounts, and (3) setting parameters for contracts between PBMs and plans or pharmacies.

At the same time, government watchdogs are also taking action. On June 7, 2022, the FTC announced that it would launch an inquiry into the ways that large, vertically integrated PBMs affect drug affordability and access. The probe will require CVS Caremark, ESI, OptumRx, Humana, Prime, and MedImpact (the six largest PBMs) to provide information and records regarding their business practices. Then, just nine days later, the FTC released an enforcement policy statement announcing that it would “ramp up enforcement” of any “illegal bribes and rebate schemes” that make it difficult for patients to access lower-cost medicines, and cited, among other concerns, a January 2021 report by the Senate Finance Committee asserting that the growing size of rebates on insulin products offered by manufacturers to PBMs has contributed to the rising price of insulin. The policy statement further notes that the FTC intends to monitor litigation and file its own briefs in cases where it can provide assistance to courts in analyzing unlawful conduct that may raise prescription drug prices.

PBMs’ relationships with Medicaid managed care organizations (MCOs) are also drawing scrutiny from state regulators, and have resulted in a number of lawsuits that appear to be driven by a desire to increase transparency. Centene has settled with at least 12 states (including, most recently, a $165mm settlement with Texas) to resolve allegations that it overcharged state Medicaid programs for prescription drugs and pharmacy services. And Louisiana has filed a similar suit against United Healthcare of Louisiana (an MCO) and OptumRx, alleging that the parties engaged in deceptive practices to overcharge the Louisiana Medicaid program.

We expect PBMs to continue to be in the hot seat as drug prices remain a key issue for Americans. Especially as pharmaceutical manufacturers push back against the IRA and attempt to shift focus back to PBMs as the driver of prescription drug prices. 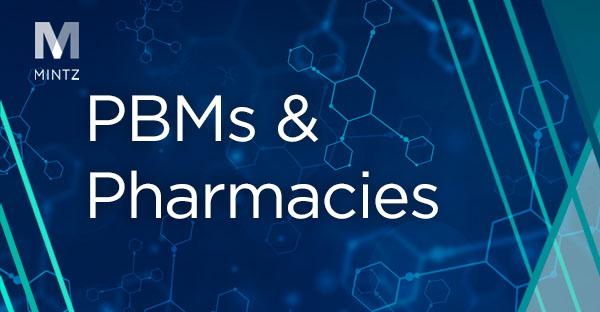 MintzRx Newsletter — Your Prescription for the Pharmaceutical Supply Chain