For the MIMF Unit, COVID-19 fraud became an unexpected enforcement priority.  And, even despite the pandemic, both the MIMF Unit and FCPA Unit obtained large corporate resolutions in 2020.  Many of these resolutions share a common theme: the Fraud Section’s emphasis on corporate compliance.

The Fraud Section’s MIMF Unit investigates and prosecutes all manner of market-based and other financial fraud schemes.  In the past year, the MIMF Unit began prosecuting a new type of claim:  fraudulent schemes related to the COVID-19 pandemic and the Paycheck Protection Program (PPP), which was passed by Congress as part of the CARES Act in March 2020.  Overall, the MIMF Unit obtained five corporate resolutions and criminally charged 131 individuals in 2020.

COVID-19 relief fraud became a central feature of the MIMF Unit’s work in 2020.  We expect that will continue in 2021 and beyond.  In 2020, the MIMF Unit charged 67 cases and 97 defendants allegedly involved in more than $260 million of attempted PPP losses.  Additionally, in the first two months of 2021, the Unit added another seven cases, twelve defendants, and $8 million in attempted losses to this tally.

United States v. Phillip Augustin, et al. is a leading example of a wide-ranging PPP fraud prosecuted by the MIMF Unit.  In Augustin, fourteen individuals were charged in an alleged scheme involving over 90 fraudulent PPP loan applications totaling $24 million—$17.4 million of which the government distributed before detecting the scheme.  Defendants are currently awaiting trial.  The report highlights the MIMF Unit’s “data analytics capabilities” used in conjunction with its partnerships with local U.S. Attorneys’ Offices.  We expect that, in the near term, the MIMF Unit will continue to use its “expertise in data-driven investigations” to target, investigate, and prosecute more complex and higher value PPP fraud schemes across the country.

In addition to its PPP fraud work, the MIMF Unit also obtained a number of significant corporate resolutions with entities operating in financial markets.  Perhaps the MIMF Unit’s most significant corporate resolution of the year was the Deferred Prosecution Agreement (DPA) with JPMorgan Chase & Co. (JPMorgan), announced on September 29, 2020.  That investigation involved tens of thousands of allegedly unlawful trades in precious metals futures contracts, and thousands of trades in U.S. Treasury futures contracts, notes, and bonds.  The alleged conduct primarily concerned spoofing:  the practice of placing a fraudulent trading order (without the intent to actually execute the order), to create a false impression of supply or demand, and thereby induce others to trade at a price or quantity that they otherwise would not.

We highlight two aspects of the JPMorgan DPA.  First, the sheer size of the monetary penalty.  The DPA included $920 million in criminal penalties, disgorgement, and victim compensation.  In a press release, DOJ identified certain factors that led to this large resolution, including:  the duration of the alleged conduct (eight years), prior conduct (a 2015 guilty plea to similar misconduct), and JPMorgan’s “failure to fully and voluntarily self-disclose the offense conduct.”  JPMorgan did, however, receive credit for cooperating during the investigation.

Second, the DPA contained substantial self-reporting and monitoring provisions.  Specifically, the DPA requires that JPMorgan must self-report violations of securities and commodities fraud laws and cooperate in any ongoing or future investigations by the Fraud Section for a three-year period.  The DPA also noted that JPMorgan had already made improvements and enhancements to its compliance program since the time of the alleged offenses.  Those changes may help explain why the Fraud Section elected not to install an independent corporate monitor with JPMorgan.

The MIMF Unit’s resolution with Bank of Nova Scotia (Scotiabank) further underscores the importance of internal compliance programs.  On August 19, 2020, Scotiabank entered into a three-year DPA resolving criminal charges related to a price manipulation scheme.  Four traders at Scotiabank allegedly engaged in thousands of instances of unlawful trading (i.e. spoofing) in precious metals futures contracts markets.  The Scotiabank DPA specifically recognized Scotiabank’s failures of compliance and internal controls, and noted that three compliance officers had actual knowledge of unlawful trading, but failed to report it.  The DPA included $60.4 million in criminal penalties, disgorgement, and victim compensation, as well as the imposition of an independent compliance monitor.

The Fraud Section’s FCPA Unit enforces the FCPA’s anti-bribery provisions, which make it illegal to corruptly offer or provide money (or anything else of value) to foreign officials, with an intent to obtain or retain business.  The report highlights the FCPA Unit’s focus on corporate compliance.  However, the report is also notable for what it does not include:  the FCPA Unit did not install a single independent monitor in 2020.  The report’s summary of the World Acceptance Corp. (World Acceptance) matter, which we discuss below, also provides interesting guidance on the Fraud Section’s policy relating to declination letters.

The FCPA Unit obtained eight of the Fraud Section’s thirteen corporate resolutions in 2020.  These resolutions recovered global settlement amounts of over $7.8 billion (up dramatically from $2.8 billion in 2019).  Corporate fines for FCPA cases in 2020 reached all-time highs, in part due to the Fraud Section’s effective partnerships with international law enforcement authorities.

As one example, in January 2020, the French airplane manufacturer Airbus agreed to pay a total of $3.9 billion in a coordinated resolution of criminal charges involving payments to foreign officials in over a dozen countries from 2008 to 2015.  The FCPA charges related to payments to a Chinese business partner that Airbus allegedly knew would be used to bribe Chinese officials.  Airbus entered into a three-year DPA to resolve the FCPA charges, which included over $527 million in criminal penalties.  In another major FCPA resolution, a global financial institution agreed to pay $2.9 billion to resolve FCPA charges arising from the sprawling global corruption investigation into the sovereign wealth fund 1Malaysia Development Bhd. (1MDB).

Despite these significant corporate resolutions, the FCPA Unit did not install a single independent compliance monitor in 2020.  This should be viewed as a reflection of DOJ priorities under the Trump Administration.  We do not expect this trend to continue in 2021.

By way of background, in October 2018, then Assistant AG in charge of the Criminal Division of the DOJ Brian Benczkowski issued the so-called “Benczkowski Memorandum” signaling a hostility to monitors.  Specifically, the Benczkowski Memorandum stated that “the imposition of a monitor will not be necessary in many corporate criminal resolutions, and the scope of any monitorship should be appropriately tailored to address the specific issues and concerns that created the need for the monitor.”  We think it is unlikely the DOJ under the Biden Administration will continue to adhere to this policy.  Instead, corporate monitorships may once again return as a more commonly used device in the Fraud Section’s toolkit.

In August 2020, World Acceptance, a South Carolina-based consumer loan company, received a declination letter from the Fraud Section.  The company’s alleged misconduct involved $4 million in payments by a subsidiary to Mexican officials to facilitate, and ensure repayment of, loans made to government employees.  In issuing its declination, the DOJ indicated that World Acceptance’s remedial response to that conduct included four required measures:  (1) voluntary self-disclosure; (2) full and proactive cooperation with the investigation; (3) full remediation; and (4) disgorgement of ill-gotten gains from the scheme.  While the company paid a $21.7 million penalty to the SEC, the Fraud Section’s declination letter stands in sharp contrast to the substantial criminal monetary penalties recovered by the Fraud Section this past year, and offers guidance to companies on the types of proactive measures that may lead to a declination letter. 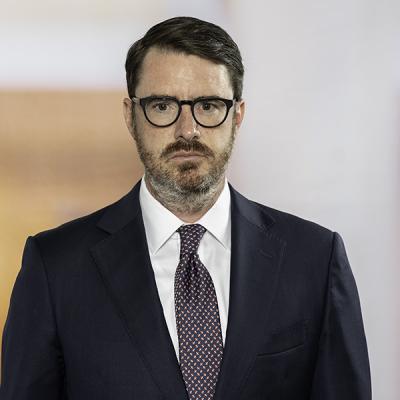 Eóin P. Beirne is a white collar defense lawyer at Mintz. He guides clients from a wide range of industries through investigations and enforcement proceedings and represents them in state and federal courts. Eóin handles matters related to health care fraud, public corruption, and insider trading. 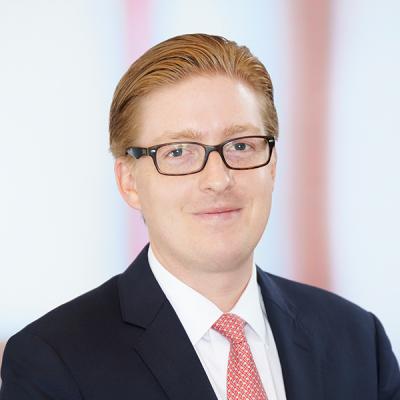 Grady R. Campion is a Mintz attorney who focuses his practice on complex commercial litigation and white collar matters. He represents clients in a variety of industries, including financial services.