On December 31, 2018, the Department of the Treasury and the Internal Revenue Service released final regulations (the “Final Regulations”) relating to public approval requirements for tax exempt private activity bonds.  The Final Regulations update and streamline implementation of the public approval requirement for tax exempt private activity bonds provided in section 147(f) of the Internal Revenue Code and are largely an improvement over the existing regulations that date back to 1983.

Timing and Dissemination of Reasonable Notice

In addition to the newspaper and radio notices in the existing regulations, the Final Regulations also allow for postings on a governmental unit’s public website and, in response to comments received, eliminate the requirement set forth in the Proposed Regulations for an alternative method of obtaining the information in a website notice.  In addition, the Final Regulations provide that public notice may be posted on the public website of either the issuer or the approving governmental unit.

The content requirements for reasonable public notice in the Final Regulations are a mixed bag.  The public notice must include a general functional description of the project or projects, the maximum stated principal amount of bonds to finance each project, the name of the initial owner or principal user of the projects and a general description of the project locations.  The Final Regulations follow the Proposed Regulations in allowing the Issuer to describe the category of bonds being issued and the type and use of the project or projects rather than providing more specific project information.  For example, “exempt facility bonds financing an airport pursuant to section 142(a)(1) of the Internal Revenue Code”, “qualified small issue bonds, as defined in section 144(a) of the Internal Revenue Code, financing a manufacturing facility ” and “qualified 501(c)(3) bonds, as defined in section 145 of the Internal Revenue Code, financing a hospital facility and working capital expenditures” would all be sufficient project descriptions.  This eliminates the need for the detailed project descriptions that are currently used.

However, if an issue finances and/or refinances multiple projects, the notice and approval must include the maximum stated principal amount of bonds to be issued for each project and this has raised some issues, particularly for large system financings with many projects and many locations.  The Final Regulations generally retain the definition of “project” set forth in the Proposed Regulations and “project” generally means one or more capital projects or facilities, including land, buildings, equipment and other property, to be financed with an issue that are located on the same site or adjacent or proximate sites used for similar purposes.  In rejecting a commenter suggestion to allow an aggregate maximum amount to finance all projects of the issue, the Final Regulations note that Treasury and IRS “have determined that the relative principal amounts within an issue to be spent on each separate project are relevant information for this public approval process”.  Interestingly, the Final Regulations add back a concept from the existing regulations that says projects on different sites may be treated as part of the same project if used in an integrated operation.  This had been eliminated from the Proposed Regulations as being too difficult to determine and will potentially be helpful for projects located at various sites.  It is unclear, however, how useful this provision will be given the clear description in the summary description that lumping multiple projects together is not giving adequate notice of scope of project and potential impact on a particular community.

The requirement to provide a maximum bond amount by project location may be particularly troublesome with refundings.  With bonds issued to refund bonds of many series that had themselves been issued to refinance many prior series, it gets very complicated to try to figure out amounts by project and location for each prior series.  A comment to allow a refunded bond issue to only provide an overall project refinancing amount was rejected.

An in-person hearing is required.  Webinar or teleconference methods were rejected as being “not sufficiently reliable, publicly available, susceptible to public response or uniform in their features and operation”.  A commenter’s suggestion to allow issuers to cancel a hearing was also rejected.

The Final Regulations apply to bonds issued pursuant to a public approval occurring on or after April 1, 2019.

An issuer may apply the provisions related to deviations in public approval method in whole but not in part to bonds that are issued pursuant to a public approval that occurs prior to April 1, 2019.  However, in order to take advantage of the supplemental public approval, it appears that the original public approval would have to have met the requirements of the Final Regulations.  This will not always be the case, particularly for large system financings with projects at multiple locations that did not specify amounts by project in the original notice. 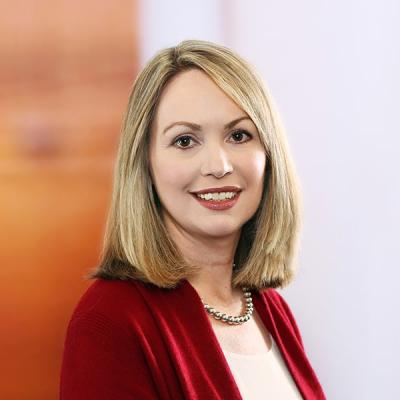