Kevin is a Member in Mintz’s Litigation Section and Co-Chair of the firm’s Cross Border Asset Recovery Practice. He focuses his practice on complex commercial litigation and representing clients in a diverse set of industries, including institutional investors, retail & consumer brands, and manufacturing. He has particular expertise in representing large institutional investors, including banks, financial services firms, and other stakeholders in complex global asset recovery cases with hundreds of millions of dollars at stake. Clients also rely on his legal experience and unique skillset to enforce and collect international arbitration awards. He also represents clients in mediations and arbitrations. With extensive experience as a court-appointed mediator, Kevin has a keen ability to see all sides of a dispute and to navigate toward an efficient outcome.

Kevin also skillfully litigates patent and trademark disputes for clients in the retail & consumer brands, technology, and manufacturing industries. Through his representation, Kevin has protected the intellectual property of some of the world’s largest brands as well as startup companies developing their rights. Most recently, he secured an extremely rare preliminary injunction on behalf of Spin Master Ltd., a toy manufacturer, in a contentious patent infringement case.

Kevin served in the U.S. Marine Corps from 1986 to 1991 and has long been an avid and active supporter of veterans’ causes. He is on the board of directors of Warriors Rise, Inc., and the Warrior Ranch Foundation. He served as director and general counsel to the Congressional Medal of Honor Foundation from 2013 to 2019, and served as a director and general counsel of the Marine Corps Scholarship Foundation from 2011 to 2016. He also has appeared on television nationally numerous times as a spokesperson for the Marine Corps Scholarship Foundation. Kevin has competed in the NYC Triathlon seven times and, in 2019, placed in the top 10 in his age group in the Spartan Race Super in Hawaii.

Many of our nation’s 18 million veterans experience significant day-to-day challenges related to their time in the military. Through our pro bono legal counsel and the firm’s community services, including a holiday gift drive for veterans, we assist many nonprofit and advocacy organizations working to improve veterans’ lives.
Read more

In an unusual decision in an unusual case—a dispute between sovereigns—a U.S. appellate court recently vacated a domestic arbitration award on grounds other than those provided in Section 10 of the Federal Arbitration Act (“FAA”). In Citizen Potawatomi Nation v. Oklahoma, 881 F.3d 1226 (10th Cir. 2018), the appellate court vacated the award because the parties’ agreement to arbitrate was deemed unenforceable. While the outcome of that case is, in considerable part, fact-specific, it involves issues having broader applicability.
Read more

When Seeking to Enforce an ICSID Arbitration Award Against a Foreign Sovereign, Think FSIA First

An ex parte proceeding in a U.S. court to “recognize,” “enforce,” or “confirm” an arbitration award against a foreign sovereign is improper. The U.S. Court of Appeals for the Second Circuit issued a lengthy and instructive decision to that effect in Mobil Cerro Negro, Ltd. v. Bolivarian Republic of Venez., 863 F.3d 96 (2d. Cir. 2017).
Read more

A Primer for Enforcement in the U.S. of Foreign-Issued Arbitration Awards (Courtesy of the Second Circuit)

In CBF Industria de Gusa S/A v. AMCI Holdings, Inc., 2017 U.S. App. LEXIS 3815 (2d Cir. Mar. 2, 2017), the U.S. Court of Appeals for the Second Circuit provides something of a primer regarding enforcement in the United States of a foreign-issued arbitral award, which is subject to the United Nations Convention on the Recognition and Enforcement of Foreign Arbitral Awards (“New York Convention”) and Chapter 2 of the Federal Arbitration Act (“FAA”).
Read more

The FBI warned this summer that the “Business Email Compromise” (“BEC”) scam continues to grow, evolve, and target businesses of all sizes. As reported by the FBI in June, the scam had hit more than 22,000 victims for a combined dollar loss of greater than $3 billion – that’s billion with a B! And the latest evolution is even more threatening, potentially causing breaches of protected data.
Read more
Read less

When Does PREP Act Immunity Apply to Measures To Treat COVID-19?

Mintz Members Kevin Ainsworth and Brian Dunphy co-authored an article published by New York Law Journal that analyzes the conditions for, and limitations of, the Public Readiness and Emergency Preparedness Act (PREP Act) immunity during the COVID-19 global health crisis. 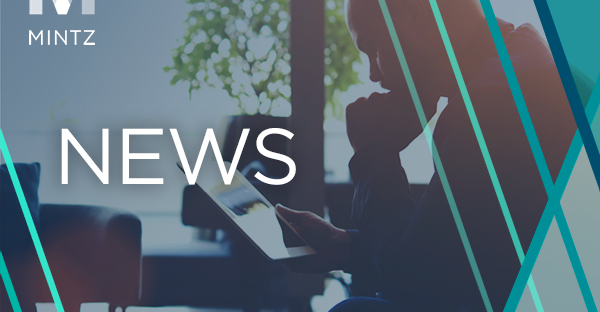 Kevin Ainsworth is a Mintz litigator who authored the sixth chapter in Copyright Litigation Strategies, a comprehensive handbook discussing all aspects of copyright litigation considerations and analysis, and alternative dispute resolution.

Mintz Member Kevin Ainsworth authored this profile on Judge Kevin Duffy, lauding him as a man of “unusual common sense, humor, and humility,” and highlighting his eventful 44 years on the bench.